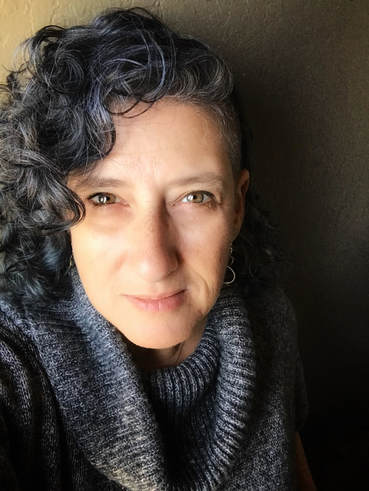 My short fiction and nonfiction have appeared in VICE LGBTQ, Calyx Journal, the NonBinary Review, Blood+Milk, and several other print and online publications. I hold an MFA in fiction from San Francisco State University. While at SFSU, I was a Student Artist-in-Residence at Recology (aka: the San Francisco Dump), for which I created a gallery show of visual and text-based artwork constructed from recycled and repurposed items brought to the dump's public disposal area. As a freelance writer, I have written on an eclectic range of topics including LGBTQ issues, sexuality, finance, travel, health, Harley-Davidson motorcycles, Holocaust survivors, and the Yucca Mountain Nuclear Waste Repository. I am a fellow of the BookEnds program, a year-long novel finishing workshop run by novelists Meg Wolizter and Susie Merrell, and an alumna of the Squaw Valley Community of Writers, LitCamp, and Writers @ Work, and a former resident of the Mill House Residency in Bend, Oregon. Most recently, I was awarded a one-month residency at Storyknife in Homer, Alaska.  I live with my family in the San Francisco Bay Area and volunteer with the National Park Service's Mounted Patrol in the Marin Headlands.

My short fiction has appeared in several publications including Calyx Journal, NonBinary Review, and sparkle + blink.
My long fiction has been awarded grants and fellowships from the Sierra Arts Foundation and Nevada Arts Foundation.
I am currently working on a novel, What You'll Know Tomorrow, under the auspices of the BookEnds novel finishing workshop run by Meg Wolitzer and Susie Merrell.
NonBinary Review, "Scarlet in the Study"
Quiet Lightning, "Refraction: A Fractured Sestina"

In addition to my written work, I am also an award-winning visual artist and often collaborate with photographer, Denise Rehse Watson, combining her images with my words. Our first project, "My Best Friend", portraits of best friends and their stories, was exhibited extensively throughout the San Francisco Bay Area and Columbia River Gorge area in Oregon. We are currently working on "Getting Under the Noise: GUNS" an investigation of gun control and gun ownership.

As a student Artist-in-Residence at Recology, I created an exhibition of text-based visual art titled The Demise of Party Girl and Other Stories. The work included "The Demise of Party Girl," an interactive, walk-in novel; "Now I Know My ABC's," a visual abecedary poem; "7x7x7x7," a meditation on the seven sins and seven virtues of the Biblical and modern eras; and several other pieces constructed with recycled and repurposed items brought to Recology for disposal.